Windson made his first professional debut in 2002 acting in

the TV series @Moulmein High where he played the nerdy

class geek, Chan Mun Kit. He was then selected by the TV

station to represent the series to compete in the Best Actor

category against the other Asian regions  for a spot on the

Asian Television Awards. Impressed by his performance in

@Moulmein High, Windson was then offered a role in the

movie, After School by the movie's producers. He was also

part of Fugitives, the first Singaporean play to be performed

in the newly opened Esplanade Theatre Studio in 2002.

Windson then went on to graduate among the top of his

drama school in 2004 and has since appeared in over 50

productions in 10 countries, with 7 cast recordings under his

He originated the role of Xiao Jiang in Theatre Practice's If There're Seasons, a smash hit musical composedwritten by the eminent Liang Wenfu and Raymond To. His voice can also be heard in the original soundtrack of the show.

After which, armed with the continuing desire to further himself and the generous support of the National Arts Council Singapore, Windson moved to London and graduated with a Masters in Music Theatre from The Central School of Speech and Drama in 2010.

Windson's UK credits include: Puss in Boots (Millfield Arts Centre) Chinglish (Park Theatre) Jack and the Beanstalk, Muncitor: All Workers Go to Heaven and Takeaway,(Theatre Royal Stratford East), Without Planning Permission (Fluxx), The Coffin is Too Big for the Hole (Platform 65), O Deptford, Nui Ah and Take Off. (Yellow Earth)

In 2012, Windson created and starred in his first one man show, Love: The Four Letter Word at the Union Theatre, and in 2013, Windson appeared in Miss Saigon with Malmo Opera (Sweden), where he was also the cover for the role of Thuy.

Windson was also the first Singaporean presenter to represent The Walt Disney Company as a host in The World of Disney XD, launching the channel, Disney XD, in Singapore.

In 2016, Windson toured with The Theatre Practice (Singapore) in the

production, Day I Met the Prince at The Shanghai International

Contemporary Theatre Festival and appeared in Song Unsung by

at the Royal Festival Hall (UK).

Currently, Windson can be heard voicing Yin-Long in the latest season

of Thomas and Friends and you can also catch him in the award-
winning indie movie, Philophobia. 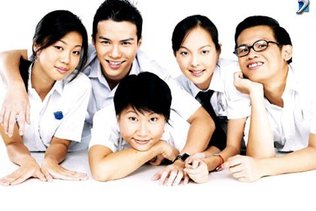 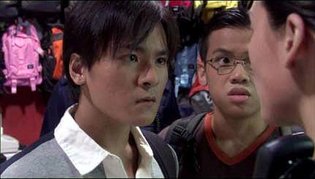 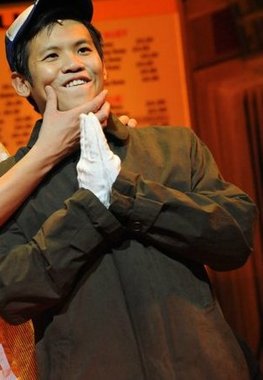